"It's time now. Because of the need of the party, demand of the Community and the viability of a winning successful campaign in 2016 let us create the momentum of merging campaign of ‪#‎MissouriSecretaryOfState2016‬ now."

I am glad that the community took the required decision and let's make a successful blue ‪#‎Missouri‬ year of 2016 with the success of ‪#‎ChrisKoster‬ ‪#‎JasonKander‬ ‪#‎RussCharnahan‬ ‪#‎JudyBaker‬, ‪#‎JakeZimmerman‬ and ‪#‎MDALAM‬. Thank you all for your hard work and for your continuous support. 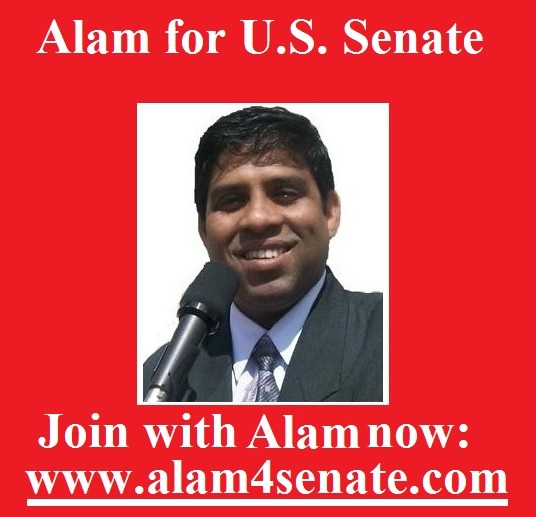 Oops, you forgot something.

The words you entered did not match the given text. Please try again.

The text of this website or images on this page is available for modification and reuse under the terms of the Creative Commons Attribution-Sharealike 3.0 Unported License and theGNU Free Documentation License (unversioned, with no invariant sections, front-cover texts, or back-cover texts). Copyright Â© MD Rabbi Alam for United States Senate 2016. All Rights Reserved. Paid for by: Alam for Senate, Treasurer MD. Sadrul Alam, Deputy Treasurer Syed Asif